There is no stronger advocate for you when facing criminal charges.Call (713) 223-0051 or Email Rick DeToto.

IF YOU HAVE BEEN CHARGED WITH A DWI TAKE THESE FIVE STEPS. DO NOT WASTE TIME.

Know how to stop your driver’s license from being suspended for up to two years. Know as much as you can about your charges and the possible penalties you face. Not only will your knowledge help you to choose the right attorney, you will be better prepared to work with your attorney to develop the strongest strategy for your defense. RESEARCH ONLY ATTORNEYS WITH DWI EXPERIENCE.

Know that the attorney you consider to represent you has the experience to expertly handle a high-level DWI defense in court. 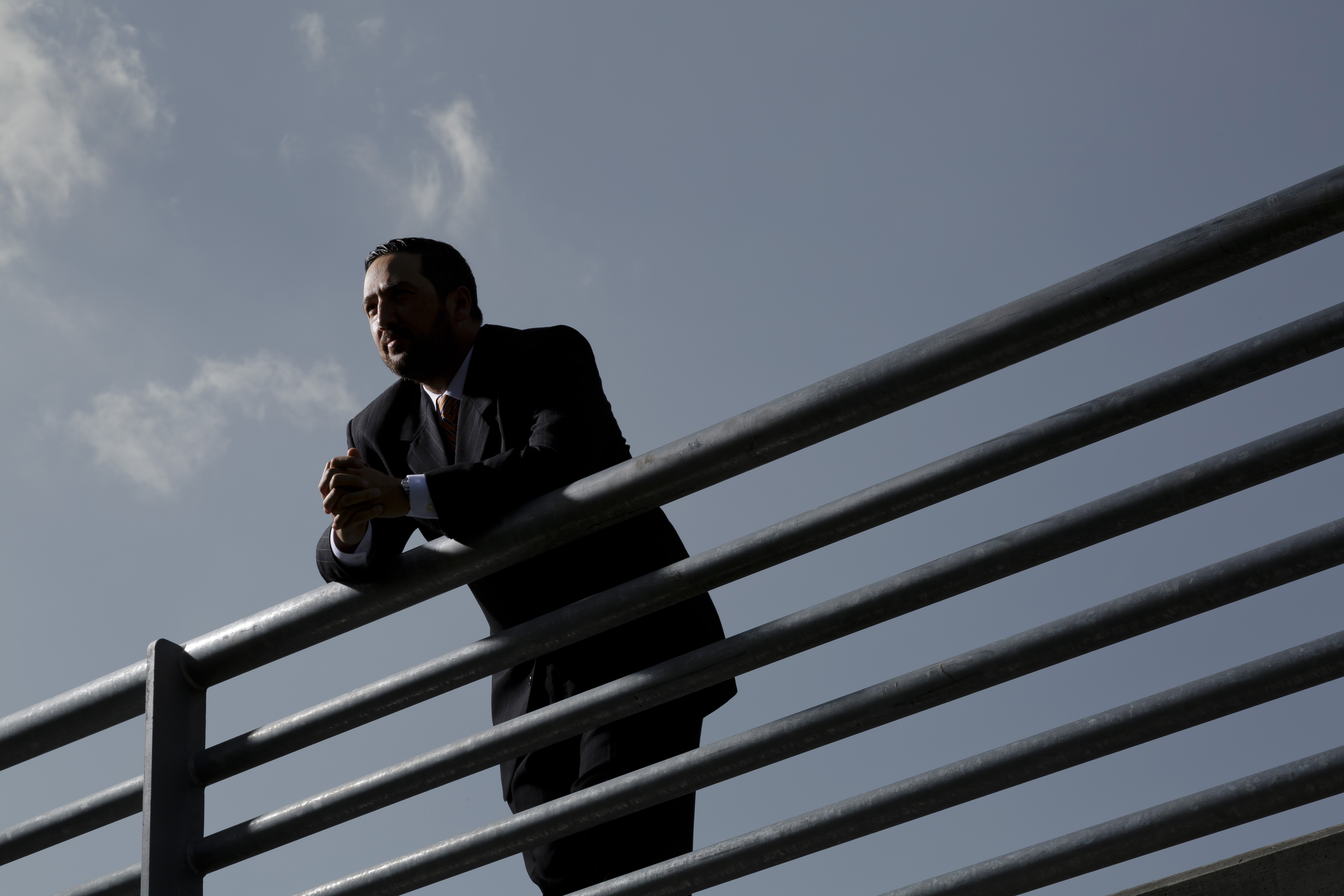 CHECK CREDENTIALS THEN CHOOSE YOUR ATTORNEY.

Know that the attorney choose has the credentials, experience, energy and perseverance to stand by your side and fight for you..

AGAIN, DO NOT WASTE TIME.

Know DeToto. DWI convictions are costly—fines, jail time, loss of your driver’s license, personal and professional turmoil. Do not procrastinate. The sooner you enlist an experienced attorney to help you with your case the better.

If you refuse or fail a blood or breath test following an arrest for DWI may have your driver license suspended from 90 days  to two years. Your refusal or failure of this test may also result in an  automatic one-year disqualification for individuals with a commercial driver license.

Here is the ALR Process for DWI or BWI

You will be asked to take a breath or blood test to measure your  blood alcohol concentration (BAC) level. You will be served a notice that your driver’s license will be suspended if you refuse to take or fail the field sobriety test. (Registering a 0.08 BAC or greater is considered failing.) You then have 15 days from the date the suspension notice is served to request a hearing. If a hearing is not requested, your license will be suspended.

You must request a hearing within 15 days of your arrest or your license will be suspended. If the request is submitted within the required 15 days, DPS will send a letter to you to the address on record. The letter will provide the date, time and location of your hearing. Allow up to 120 days for the hearing to be scheduled. Requests made after the required 15 days will be denied  and you will be notified by mail.

Hearings are conducted by the State Office of Administrative Hearings.  When the hearing is held, the Administrative Law Judge (ALJ) will listen to all parties’ evidence. After the hearing, the ALJ will  issue a final, appealable decision and order that will be sent to the parties. If the ALJ finds that DPS has proven its case, the ALJ’s order will authorize a suspension of your license. If the ALJ finds that DPS has not proven its case, your driver’s license will not be  suspended. ALR hearings are very important to the defense of a DWI  case.

Texas penalties are though for DWI.

*After two or more DWI convictions in five years, you must install a special ignition switch that prevents your vehicle from being operated  if you've been drinking.

DWI with a Child Passenger

You can be charged with a felony for driving while intoxicated if you're carrying passengers younger than 15 years old. DWI with a child passenger is punishable by:

An attorney with DWI trial experience knows how to successfully maneuver through the legal process to ensure the best outcome of the client. Rick DeToto is respected for his knowledge, experience and perseverance on criminal and DWI cases. There is reason he  has earned the successful CASE RECORD he has. Rick’s qualifications provide you with a knowledge and experience few attorneys can bring to your case.

DeToto has successfully served as a prosecutor and defense attorney.

DeToto excels in the courtroom. He is not predisposed to plea. He is ready and willing to go to trial when doing so is in the best interest of his client—and it usually is. Rick’s credentials warrant serious consideration:

•  Admitted to the Southern District of Texas

•  Admitted to the Eastern District of Texas

•  Pro Hoc Vice in the Western District of Texas

GET TO KNOW
RICK DETOTO

Rick DeToto brings over 18 years of criminal law experience in Houston as both a prosecutor and defense attorney. Rick understands the nuances of the DWI legal process in Houston and Texas because he has served on both sides of the equation in dealing with this specific legal issue. Rick graduated from the University of Alabama on the S.E.C. Honor Roll and played baseball for the Crimson Tide. After graduating from the University of Alabama with a degree in Criminal Justice, Rick received his Juris Doctorate from the St. Thomas University School of Law in Miami, Florida.

He began his legal career as a Harris County District Attorney. Rick was a chief prosecutor in two misdemeanor courts and prosecuted felonies in the 209th District Court. As a prosecutor, Rick accompanied members of the Houston Police Department DWI task Force on numerous ride-alongs and has attended numerous training programs for the field sobriety tests and the Intoxilyzer 5000 offered by the DWI Task Force. His knowledge of the process of your arrest and the technology used to brings charges against you is invaluable in your defense. Get the representation of an expert.

Rick Detoto is known for his knowledge, experience and perseverance. DeToto is a criminal defender who represents clients facing charges of DWI and all other criminal charges.

The media know DeToto and they reach out to him often for expert commentary on newsworthy criminal legal issues. Rick has appeared on numerous news programs to provide legal insight and analysis. He has appeared on every local network in the Greater Houston Area; can be heard on hundreds of stations across the nation and is a frequent legal commentator for Fox 26.

There is reason DeToto has earned the successful CASE RECORD he has. Rick’s qualifications provide you with a combined cognizance few attorneys can bring to your case.

DeToto is not predisposed to plea out your case.

What separates us from most law firms is that we often go to trial. We do not hesitate to try complex or difficult cases to achieve the best possible outcome for each client. I draw on every ounce of strength and knowledge and bring to bear every resource to protect my client and win my case. We are never out of the fight. – Rick DeToto DO YOU KNOW IT IS THE OPINION OF AN OFFICER WHETHER OR NOT YOU ARE INTOXICATED?

We are very good at proving that opinion wrong. How can a police officer who has never met you and knows nothing about your normal mental and physical faculties judge your performance on tests you have never done before? Sound unfair? Rick has 18 years of experience cross examining police officer who don’t understand or perform the fired sobriety tests correctly while showing that their opinion was wrong. DO YOU KNOW THE LEGAL LIMIT FOR BLOOD/BREATH ALCOHOL CONTENT? DWI is a serious crime and the penalties are severe. First offense with a child under 15 in your vehicle could result in a $10,000 fine and up to two years in jail. A third offense could lead to 10 years in prison. DeToto is former Chief Prosecutor and a well-respected and recognized defense attorney. He will do all in his power to achieve the best possible outcome for you. There is no stronger advocate for you when facing criminal charges. Consider the Case Results below.

This Case Record reflects the firm’s expertise, aggressiveness, and thorough defense strategies. From offices in downtown Houston, DeToto represents clients charged with criminal offenses in federal and state courts throughout the state.

Other state misdemeanor and felony offenses:

In addition to criminal defense, we also represent clients in personal injury litigation against insurance companies and other liable entities. Our firm’s attorneys have committed their careers to Texas trial law. Attorney Richard DeToto is a former prosecutor for Harris County, with more than 18 years of courtroom experience at the state and federal court level.

What people want to know:

What should I do if I am arrested?

The most important thing to do is remain calm and ask to speak with an attorney. The Constitution gives you the right not to incriminate yourself, but people mistakenly believe that talking to the police will help get them out of trouble. Making statements to the police without having your attorney present will only make matters worse for you. Be polite, stay calm and wait for your attorney to arrive.

What happens after I am arrested?

After you are arrested, the police will take your picture and fingerprints in a process referred to as booking. The next step is usually an appearance in front of a judge who will decide whether to release you in your own recognizance or set bail as a condition of your release. A lawyer can help to convince a judge to release you without bond or assist you in arranging with a bonding company to obtain your release.

What is the difference between a misdemeanor and a felony

Criminal offenses are either misdemeanors or felonies. A misdemeanor is a less serious crime than a felony, but the penalties for a conviction may include incarceration in a local jail for up to one year, probation supervision, fines or community service. A felony is a more serious offense with longer periods of incarceration and probation. The fines are also substantially higher than for a misdemeanor conviction. A convicted felon may lose the right to vote, to carry a firearm and to serve on a jury. A felony conviction may also make it difficult to find a job, obtain housing, or qualify for education grants and loans to return to school.

Why do I need a criminal defense lawyer to represent me?

The criminal case against you is handled by a prosecutor who is a lawyer with experience and specialized training in the criminal laws, the rules of evidence and courtroom procedures. An experienced criminal defense attorney will design a defense strategy to challenge the evidence the prosecution intends to offer against you. Your criminal lawyer is there to aggressively defend your rights and advise you at each stage of the proceedings.

How much will it cost to hire a criminal defense attorney?

But, like the age-old adage counsels, “It’s not only what you know, but who you know.”

Anytime, 24 hours a day, 7 days a week for a free, no obligation initial review of your case.

When the media needs legal insight, they turn to Detoto.